Sky Meadows is such a lovely state park in Virginia.  This park was a choice I made without a lot of thinking about it.  The weather was forecasted to turn cooler and I was in need of a walk alone…well, with Sidekick Pauli, but without other humans.  A total introvert retreat!

I parked away from the main parking lot.  Partly because I really didn’t want to see a lot of people yet, but partly because I needed to put my boots on, get my pack together, then get Pauli.  A bit easier without being in a tight parking lot.  So, I pulled right towards the picnic area just after paying my entrance fee at the gate.  No one was in this little lot yet! 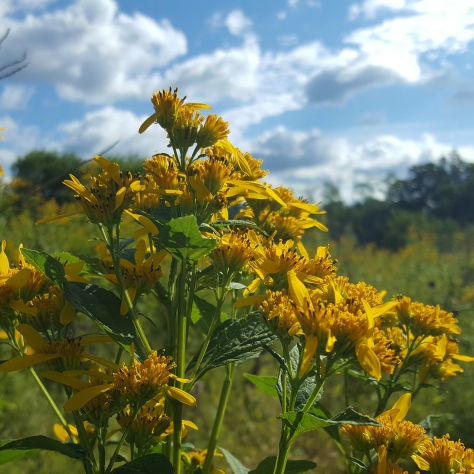 I hadn’t parked here before and found it to be a great spot with easy access to the Hadow Trail.  We took this trail around the lower meadow.  What a glorious morning! The wildflowers were thick along each side of the trail and throughout the woods.  Goldenrod, thistle, and other beauties whose names elude me waved gently in the breeze making the background of blue skies pop as if I were looking at them through polarized lenses.  And the scent of Autumn wafted by occasionally making me burst with happiness!  The change in seasons is coming! 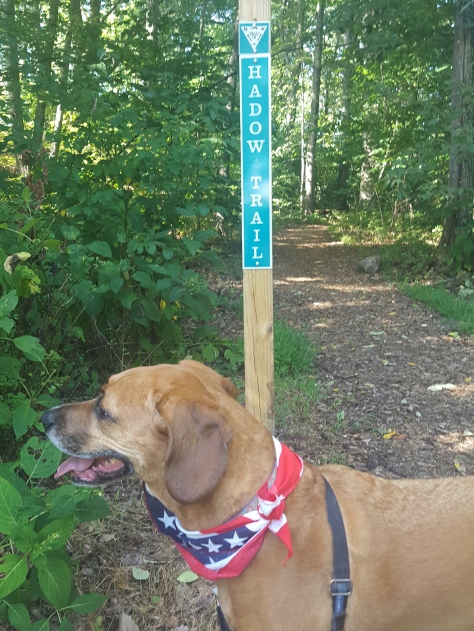 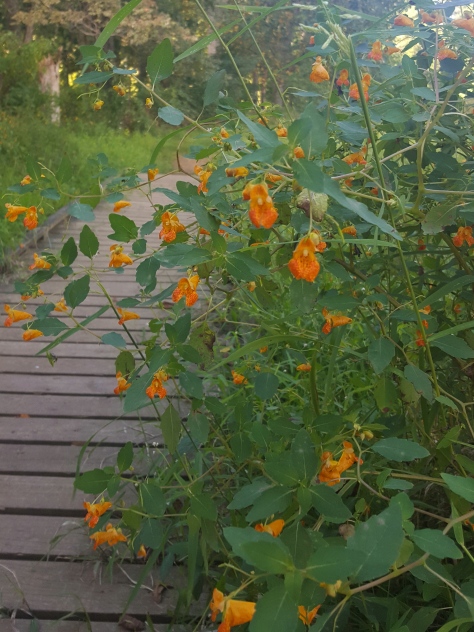 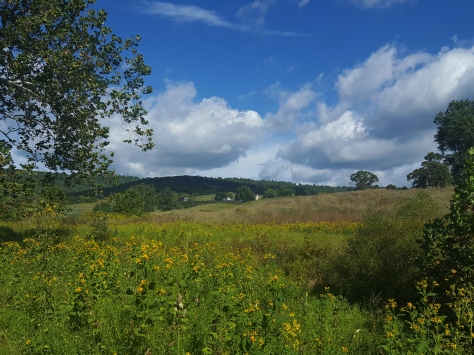 When the Hadow Trail intersected with the Boston Mill Road, we turned left to pick up the South Ridge Trail.  Well, I could tell it was still summer as the sun rose higher in the sky and we did the same.  Whew, broke a sweat!  Sidekick Pauli needed two water breaks before we made the ridgeline by taking the North Ridge Trail up the final ascent to the AT. 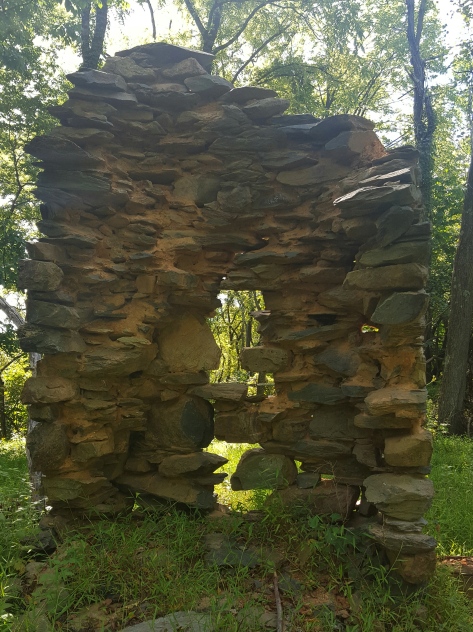 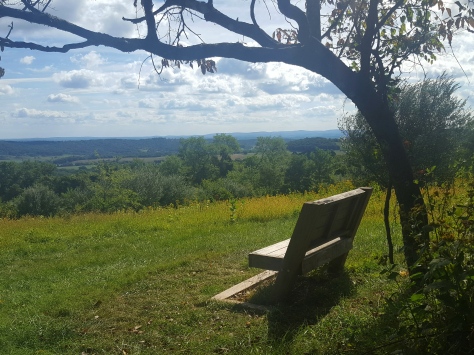 Once on the ridge it was just bliss.  The breezes picked up and even felt slightly chilly! We left the AT to swing around through the upper meadow to the Paris overlook.  I didn’t want to come down the mountain.  It was so lovely looking down on the surrounding countryside with my feet propped up and mind wandering.  Sidekick Pauli took up residence under the picnic table, coming out only for cheese. 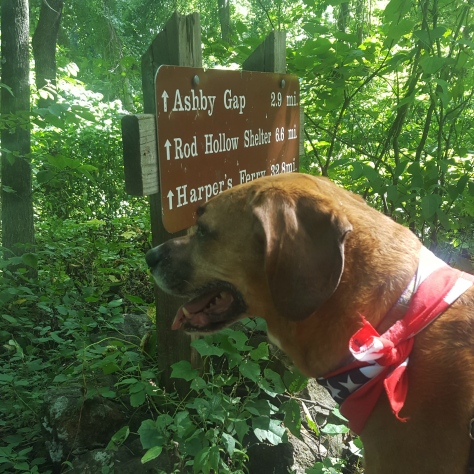 It was here, my bliss bubble started to spring a leak.  This was September 11.  I had intermittently thought about that day on my way up the mountain.  Here at the top, my mind finally settled on those memories.  I didn’t lose anyone that day, thankfully.  But the day was awful and scary.  My son was 7 years old, so in a rare unification between his dad and me, we decided no media was the best media.  He knew what had happened before I picked him up from school, but as a 7 year old, he only knew so much.  He was scared too.  We lived in Bethesda, Maryland at the time, and the planes flew very low over the house all day.  My son would panic if we went upstairs because he was afraid the planes would fly into our house.  So unless we needed the bathroom, we stayed downstairs.  One of my sisters lived in New York, and of course, no way to know…but we figured she was fine…I mean, we reasoned, what would she be doing near the WTC anyway?  Another sister, who was a foreign service officer, was doing language training in Arlington.  She hitched her way back into Maryland, along with thousands of others.

It is a day I will never forget. The internet has made way too many images from that day too easily accessible.  I cannot un-see some of those images.  I can’t imagine the horror that first responders encountered.  I don’t want to even think about it.  So many people, in a flash, gone. 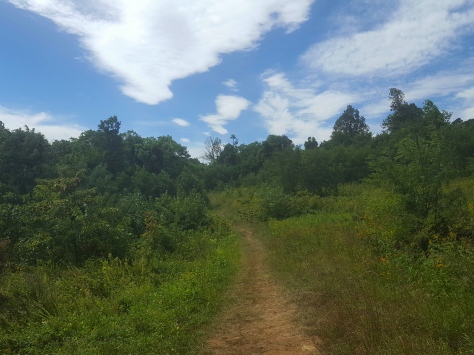 I once heard that one should not mourn the dead, but instead mourn the living.  Wait, that may have come from a Harry Potter book…no matter.

A rather big wind, that blew my pack off the table, brought me out of my dark trip down memory lane.  I packed up and we hiked down the mountain.  I felt sad and I felt happy, a strange way to be.  But as long as I am gifted with this life I intend on living.  Hike on.

6 thoughts on “In the Meadows High and Low”

Finally a little sun! Lunchtime walk. 💚 Lovely woods, random red cup, followed by a Blue Jay feather!
💐Happy Mother's Day across the veil to the Thelma! I love you Mommy wherever you fly! 💐
Loading Comments...
Comment
×
%d bloggers like this: