Before the pandemic, I would organize an annual winter backpacking trip for the Maryland Trail Dames. We would hike to the Ed Garvey Shelter on the Appalachian Trail, set up camp, then continue to Weverton the next day.

After missing out on this fun event for two years, I was delighted to put this up on the hiking board for January 2022. The Dames were excited to shiver together once again! 😄

But bad weather intervened…fast forward to an early Spring shiver, instead! I was secretly pleased to not be camping out in January. It was 17 degrees one year and even with good layers it was still cold! Especially when nature’s calls at 2:00 AM! 🥶

This weekend we had delightful weather…praise!!! We met at Gathland State Park around noon. I know, I know…I was really taking a gamble with parking at that time of day. I crossed my fingers and went with it. Happy to report we all found a parking space. I was grateful!

It was a lovely hike to the shelter. We had a few newbies with us, but I only got asked once “do you know how much further until we get to the shelter?” I call that a win!

We were surprised there were already several folks at the shelter when we arrived. And with complete disregard for hiker etiquette, they had put up tents on both the first and second level of the shelter. Ergh. We were tenting and had no need of the shelter. However, that whole tent in the shelter is a big no…especially at a shelter like Ed Garvey, which is pretty popular all year round.

Sure enough, it was a mob scene on Saturday night. I am glad we had gotten there early enough to pick the better tent sites. Some folks camped down along the trail as all sites were gone when they rolled in later in the evening.

***better = still slanted, but I managed to stay on my sleeping pad all night***

About 4:00 AM we got rain, just on and off, nothing much. It continued while we packed up and hiked out. Just a few drops, not enough to make us or our gear wet. Thankful is an understatement. Some of our newbies had gotten cold overnight…rain on top of that could have made an uncomfortable hike into a truly miserable one for them. 😕

It was great to get back to backpacking with the Dames. Looking forward to planning more fun adventures for this group! Hike on!

I looked at the date of my last post…a sharp intake of breath…a month ago!!!

It has been an unforgettable fall season. 🙂  Lots of hiking, lots of working, lots of going to school…not a lot of time for writing unless it is for one of those reasons!

So a quick recap of the highlights. 🙂 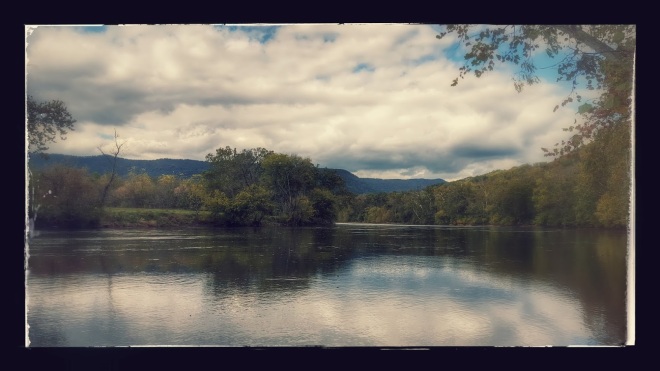 White Rocks, north of Gathland State Park on the AT in Maryland

October 25: Sidekick Pauli and I took an afternoon hike to White Rocks on the AT in Maryland.  I realized I had been doing way too much desk sitting as I climbed up to White Rocks!!  We had a lovely lunch at the rocks before walking back to Gathland State Park. 🙂 🙂 🙂

October 31: Led the Trail Dames on a walk among the lost souls at Antietam Battlefield. Perfectly beautiful day to enjoy and be thankful for all we have been given.

Wet, wet, wet on the Rose River Trail in SNP

November 7: Rose River Falls Loop in Shenandoah National Park with the Trail Dames  IN THE RAIN.  Sidekick Pauli didn’t mind the rain and neither did I.  I wasn’t leading this hike so I walked along carefree as can be!  And we finished by celebrating a fellow dame’s birthday with blackberry cobbler and ice cream! Yes!!

November 14: Let’s all go to a Star Party!! Kudos to the Northern Virginia Astronomy Club (NOVAC) for sharing their super high caliber telescopes with us at Sky Meadows State Park.  I saw Jupiter, Uranus, a double star, the craters on the moon, and a lot, lot, more! So awesome. 🙂 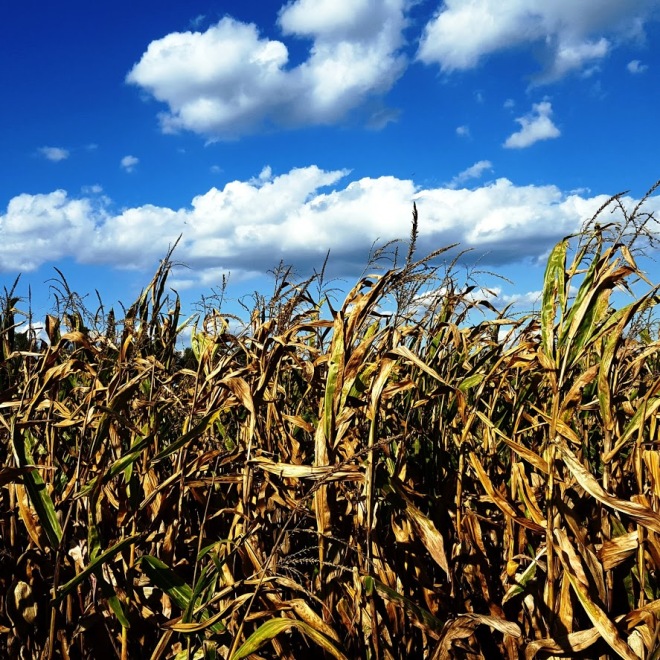 Thomas Farm…my go to after work!

I have enjoyed being outside this last month and am soooooooo looking forward to my Thanksgiving break!

#OptOutside on Black Friday! Hike On!

Got a couple of hours?  Have you ever visited the original Washington Monument?

Well, you could just drive up but why???  This is a nice out and back hike to the Monument on the Appalachian Trail (AT).

Head south on the AT passing over I-70 on the bridge.  I drive under this bridge frequently … it was super exciting to walk across this bridge the first time I took this hike!  You will love it and if you have kids, they will definitely be loving the semi tractor trailers zooming just below their feet! They might even get a few honks! 🙂 🙂 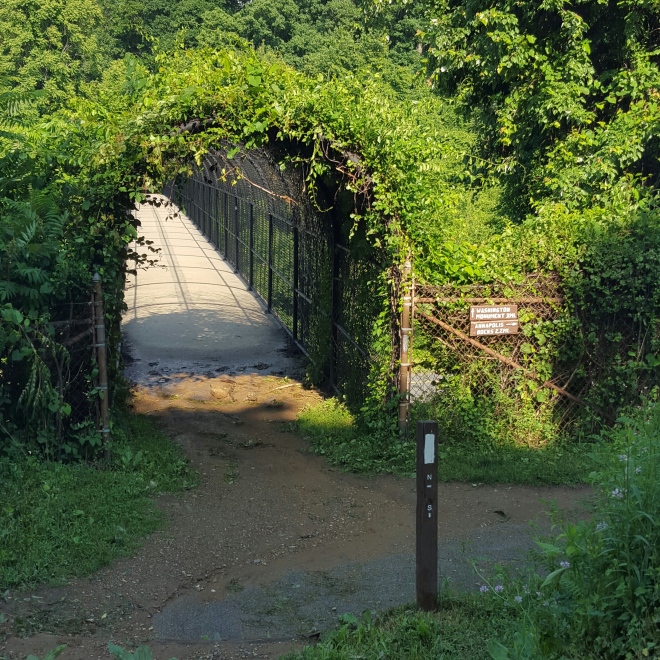 Once over the bridge, the AT squeezes between two houses.  Respect the boundaries for the AT!

Many animals make their home along the trail, deer, bear, and even turtles!

What a cute little girl! If the turtle had red eyes, then it would be a boy.

This is also a nice trail for dogs.  Sidekick Pauli loves to hikes here!

After about a mile, the trail crosses Boonesboro Mountain Road.  Be careful! Traffic can come though here pretty fast!

The rest of the hike is wooded and shady with two power line crossings.  Some of the trail is smooth easy walking while other parts are rocky.

Most of the hills are small and increase elevation slowly, that is until you get just past the second powerline crossing.  At that point, the trail makes its final climb up to the Washington Monument.

The first time I did this hike I packed a picnic lunch and walked the 3.2 miles to the Washington Monument.  Sitting in the shade of the apple tree, I ate my picnic lunch while taking in the view of the Monument and Boonesboro in the valley below.  Then I backtracked 3.2 miles to my car in the Rt. 40 lot.  It was very peaceful! 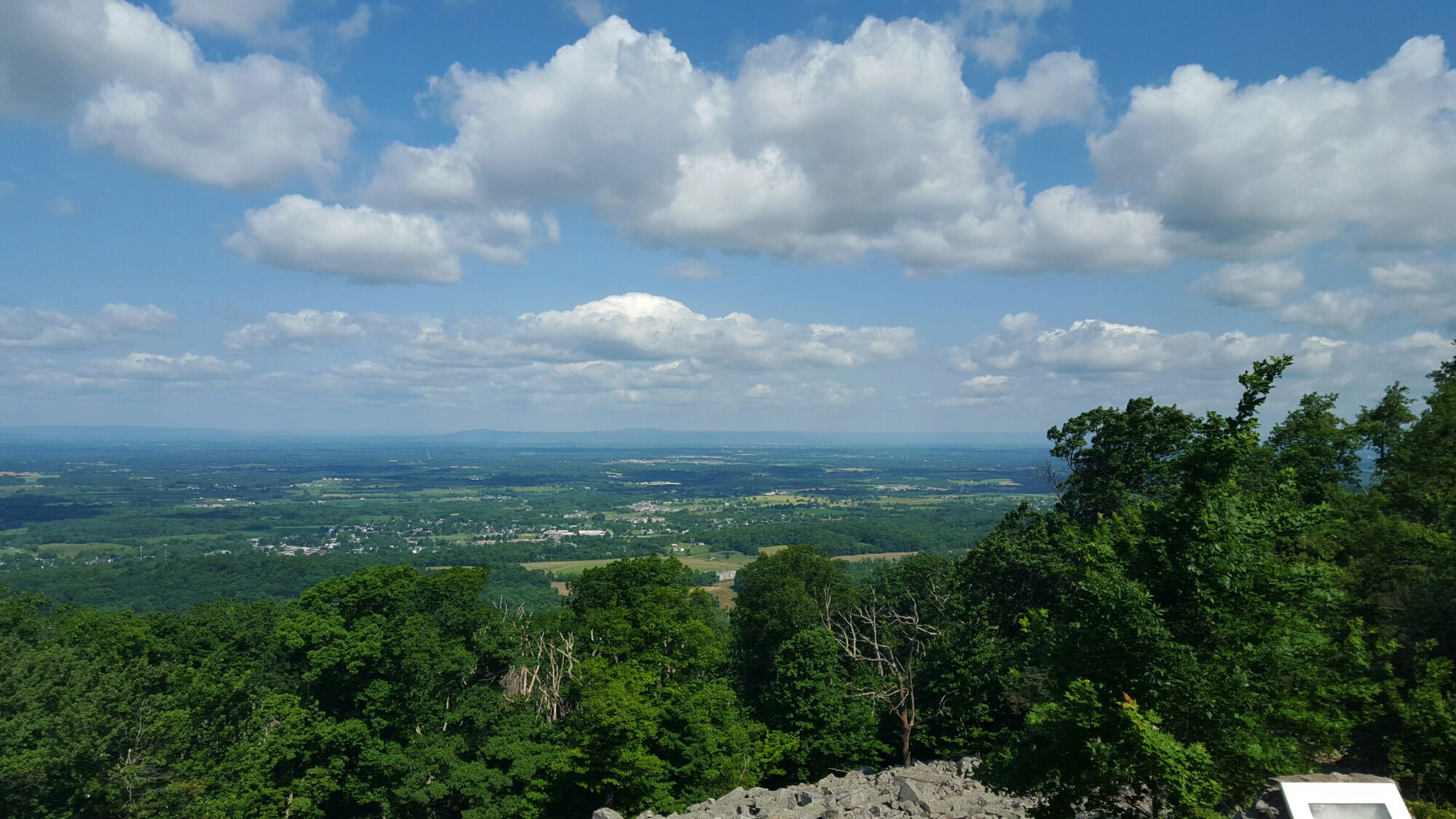 We, as in Sidekick Pauli and myself, hit the Red Trail at Gambrill SP just as the sun was coming up over the eastern ridge of the mountain. It was very quiet! This trail is short and I found that it connects the campground with the larger trail system at Gambrill.  Even though the distance […]